Team GRX’s Emil Lindholm and Mikael Korhonen are defending their SM1 class win of the Arctic Lapland Rally, the opening competition of Finnish Championship Series, on 17-18 January in Rovaniemi, Finland. The twosome, who are looking for a full and complete competition, started the rally with Team TGS Worldwide’s new Škoda Fabia R5 Evo.

Team GRX’s Emil Lindholm and Mikael Korhonen began their reconnaissance of the SM Arctic Lapland rally with confident minds. At the moment, Arctic Circle has lot of snow and the roads are frozen, which makes the conditions great for winter rally. Despite the poor snow condition in Southern Finland, preparations for the upcoming season have gone almost as planned.

“We weren’t able to drive a lot of tests, but visited the North enough that we know the feeling for the new car  will be good. New Škoda is slightly better in all aspects than the previous version of it. The engine runs nicely and when the last versions steering didn’t react to me turning the wheel as I wanted, on this new version that shortage has been fixed. At least us being successful isn’t up to the car”, Lindholm says.

Two-day FRC-series opening competition in the Arctic Circle has since last year undergone some changes, which Lindholm is pleased to see. There are still ten special stages but 40 kilometres less to drive than last year.

“SS Untamovaara is coming back after being gone for few years and there are some other changes too. In Untamovaara, I drove my first overall fastest time of my driving career. It’s a good thing for us that the route is changing and being renewed”, Lindholm reminds.

“Arctic is still a long rally, the longest in the FRC-series. I don’t believe that those missing kilometres have that much effect, especially that the amount of special stages is the same. The weather forecast hasn’t predicted any extremely cold weather so soft light snow isn’t expected on the roads. We’re starting right after the WRC cars and I think that position is pretty good. If the soft light snow is floating in the air on the special stages, the organizer has promised a two minute start between cars”, says Lindholm.

Lindholm, who was reached during recce is recovering from an unpleasant flu fever.

“I’m feeling pretty good now so I am ready for the upcoming rally. We’re trying to drive a full, complete competition and bring the car to the finish line. Good points from here are important, thinking about the rest of the season”, Lindholm says.

The Finnish Rally Championship-season opening Arctic Lapland Rally’s total length is 712,09 km. The route has 10 special stages, total 201,73 km. The rally starts on Friday 17 January at 12:00 am. from Lordin aukio, Rovaniemi. On the first day’s programme there is 5 special stages, 91,0 km. The first cars are expected to arrive for the night break at 21:15.

The rally continues on Saturday morning at 7:00. The closing day programme has another five special stages, 110,73 km. The first competitors are expected at the finish line in Lordin aukio, Rovaniemi, Saturday night at 19:20.

Lindholm and Korhonen, who were leading the SM1 class before the last special stage, drove to a snow bank and dropped to SM1 class third place and overall fourth of the Arctic Lapland Rally.

In SS Niskavaara (19.97 km), Lindholm unfortunately misheard a note and drove his new Skoda in high speed into a snow bank, losing a minute and a half of extra time.

“I misheard a note. This is a downer and I want to apologize to all of our partners. Sure we were lucky that we even made the finish line and if I have to think the positive, all the points we are getting are important regarding to the rest of the FRC series. We still haven’t lost anything but this shouldn’t have happened”, said Lindholm criticizing himself.

“We need to make some changes to our notes. These two notes we had are representing entirely two different speeds but phonetically sound the same. We had at least 50 km/h to that turn and we were lucky that we didn’t roll the car over. Our right front wheel got on the top of the snow bank but I reversed so we were able to continue our competition quickly. Soon we noticed our engine’s air filter was full of snow and we had to stop and clean it”.

“I feel miserable now but the season will continue. At least knowing my speed was enough in this company of drivers soothes my mind a little. We will try again in the next rally”, Lindholm says. FRC series will continue in three weeks on 7-8 February in SM Vaakuna rally in Mikkeli, Finland. This season there will be six rallies driven in the FRC series. 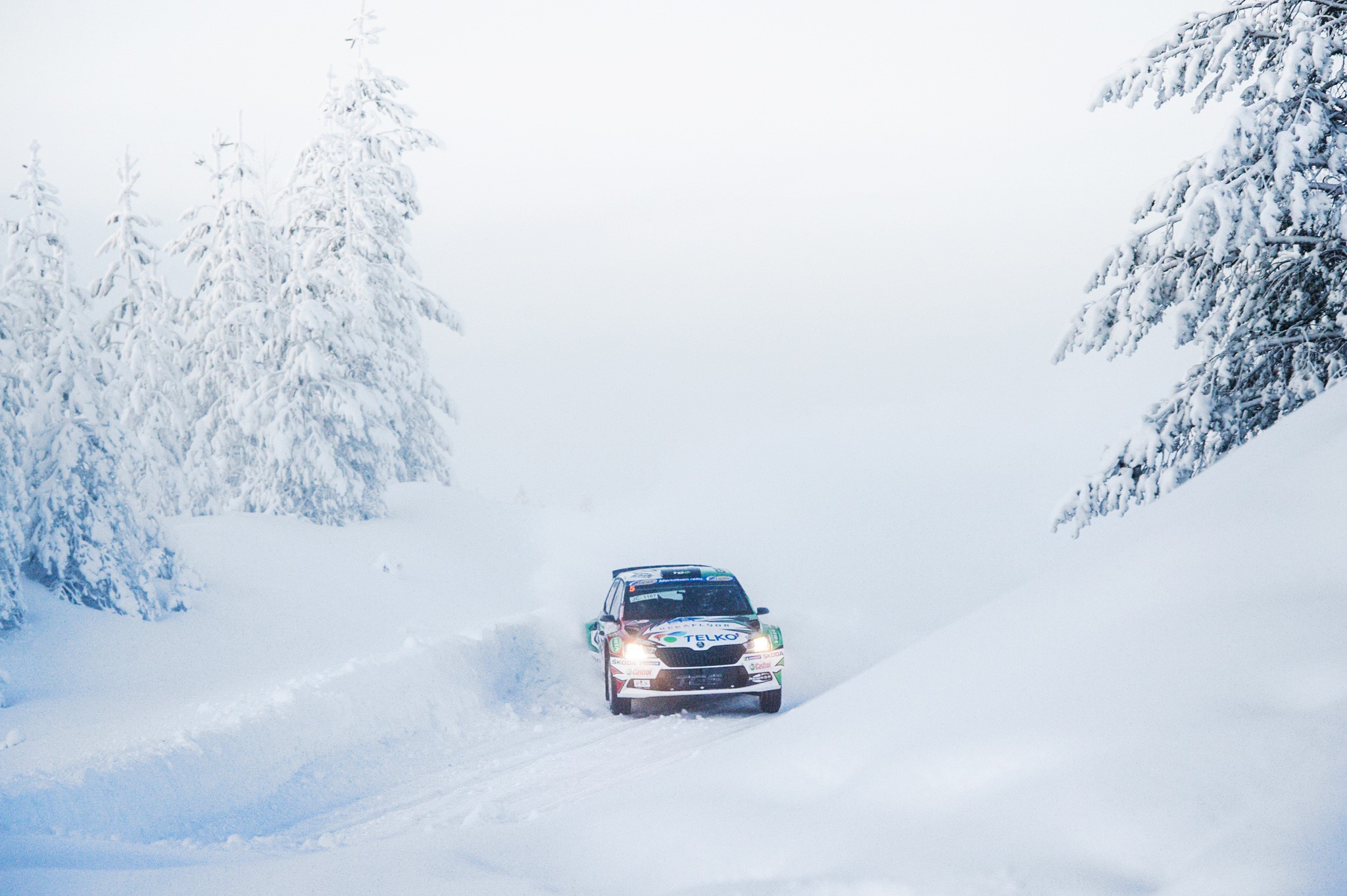 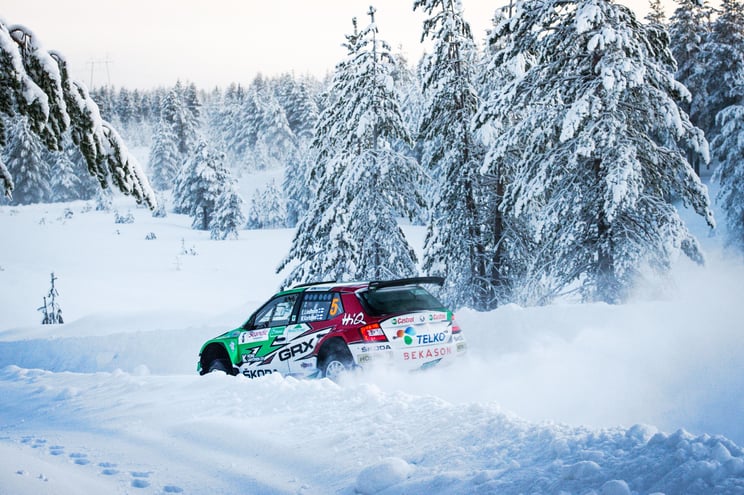 Team GRX’s Emil Lindholm and Mikael Korhonen achieved their goal on the last SM-rally of the season. The twosome rose to the SM1-class bronze medals..