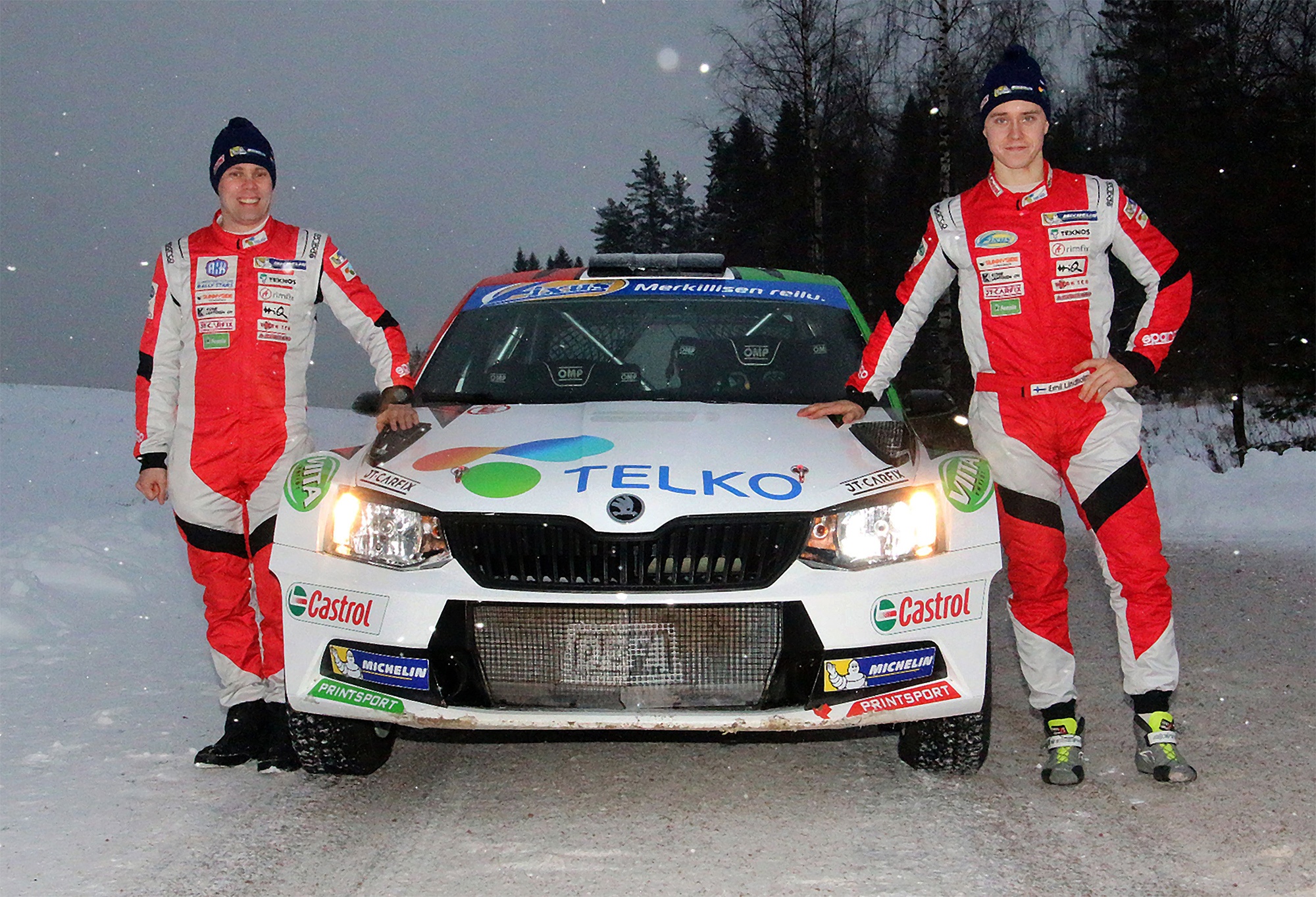 Last season Emil Lindholm took second place in the Finnish National Rally Championship SM3 –class with Peugeot 208 R2 and by winning the Future Star 2018 –competition he got to drive Neste Rally Finland with JWRC. Now Emil (21) and his co-driver Mikael Korhonen (32) are ready to kick-off their 2018 season. The Finnish National Rally Championship will start this Friday with the Arctic Lapland Rally, which will be for Emil the first time with a four-wheel drive but the third in this rally.

- Arctic Lapland Rally is unique within the Finnish National Rally Championship. It is a long rally and therefore challenging. I like driving in the arctic conditions. It´s good that the stages are long and that you can do the pace notes more than two times. - Furthermore, the stages in Rovaniemi are fast which I think suits me well. I usually need at least a 5 km stage to get in the speed, Lindholm smiles.

The stages of Arctic Lapland Rally have been renewed to some extent and that suits a young driver well. Emil will hit the stages as the seventh car but is not necessarily aiming for top positions. He is well aware that the change from a front-wheel drive to four-wheel drive will take its own time.

- It´s good that the stages change from time to time so the more experienced drivers do not have too much advantage. Starting as the seventh car is good. I hope that it will not be too cold so we wouldn´t have to drive in snow dust.

- Our main goal is to finish the rally, gain feeling and experience of the new car and rally in overall.
Lindholm and Korhonen have been testing the Skoda Fabia R5 a few times around the new year and Emil says he is already feeling confident with the car.

- In my opinion I got used to the new car fairly fast. Of course there is still a lot to learn and experience, but I hope I won´t suffer from mistakes at the first rally in Rovaniemi. I will try to have patience, Lindholm smiles.

The Finnish National Rally Championship will start off with the two-day Arctic Lapland Rally which total length is 886,76 km. The rally consists of 11 stages and 254,65 km. The start of the rally will be on Friday 26th of January at 12.00pm. The first day will consist of five stages and the first car will finish the day at approximately 9.00pm. The rally will continue on Saturday at 6am in the morning and the final six stages will be driven. The first cars will cross the finish line Saturday evening at approximately 7.30pm.

Team GRX’s Emil Lindholm and Mikael Korhonen are defending their SM1 class win of the Arctic Lapland Rally, the opening competition of Finnish..