Team GRX’s Emil Lindholm and Mikael Korhonen will pursue Finnish Rally Championship series SM1-group’s third win in Riihimäki on Saturday 25 May 2019. Traditional Riihimäki rally has been part of the Finnish rally calendar since 1960’s. For Lindholm, competing with Volkswagen Polo GTI R5, this ”Riksu-rally” is the first one.

”Last time they were competing for Finnish Championship points in Riihimäki I was driving ADAC GT Masters- racing series in Germany. It is amusing that my so called ”near by competition” is the only one I haven’t participated. I have been going through the routes of Rovaniemi many times but Riihimäki is a new rally for me”. 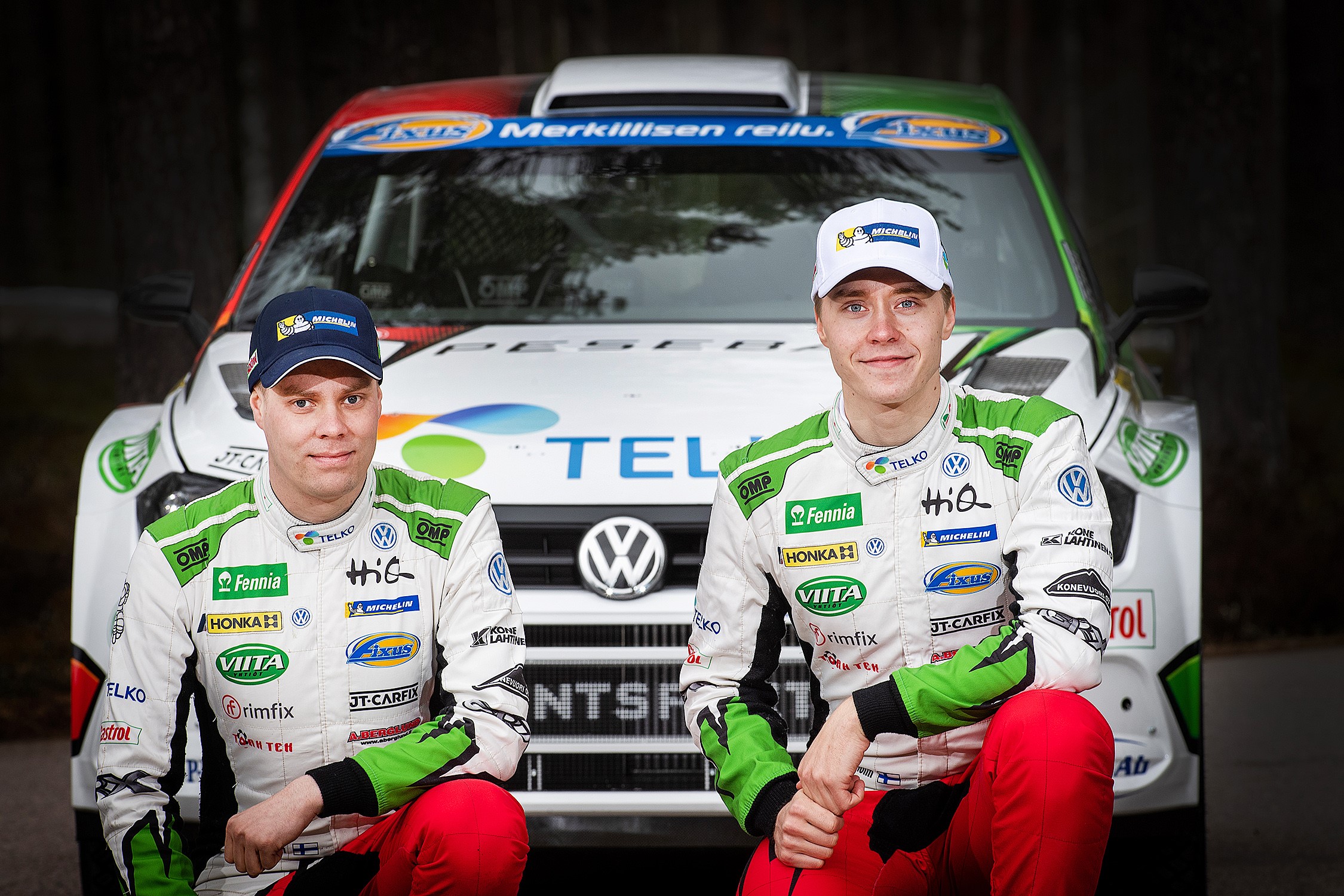 Preliminary data tells that nine special stages and 110 kilometre route has been taken to good surfaces and characteristic roads. Lindholm and Korhonen are starting the route in number 29 spot.

”I think there is roads ahead of us that will suit us well. Even if we go to smaller roads with our car it isn’t a bad option because both, Volkswagen and us, enjoy technically difficult roads”.

Lindholm drove preparatory tests last week and everything is ready for the upcoming weekend.

”Our car is performing for the first time on gravel roads in Riihimäki. We changed to summer settings on the suspension and didn’t have to change pretty much anything else. It felt good on the preparatory tests so we are entering the rally with sound minds”, Lindholm says.

”On SM1-group there is few surprising no shows but the groups top three and closest competitors are in. Front wheel drive cars that start in front of us drive more linear than four-wheel drive cars, so it might be fun to start after them because the roads may be slippery. We are driving for to win our own group”, Lindholm says.

SM Riihimäki Rally starts on Saturday from city centre of Riihimäki at 11.01am. In the competition there is nine special stages driven, all together 110,43 kilometres. During the day the competitors visit maintenance starting at 13:55 and 17:04 at Riihimäki’s Urheilupuisto area. Rally’s finish line is at Riihimäki’s Ragnar Granit’s square where the first cars are arriving at 19.32.

Team GRX’s Emil Lindholm and Mikael Korhonen had to retire SM Riihimäki rally on the second special stage, because the control arm broke.

”On the second special stage there was an error on my driving line. I drove over a small hill and our car flew to the left side of the road and hit a bank. That caused our control arm to snap and our rally was over”.

Lindholm says that the summer opener´s first two special stages were a good learning experience for him. ”You have to learn from your mistakes and the lesson is now well received. We are concentrating on the next competition”, Lindholm says.