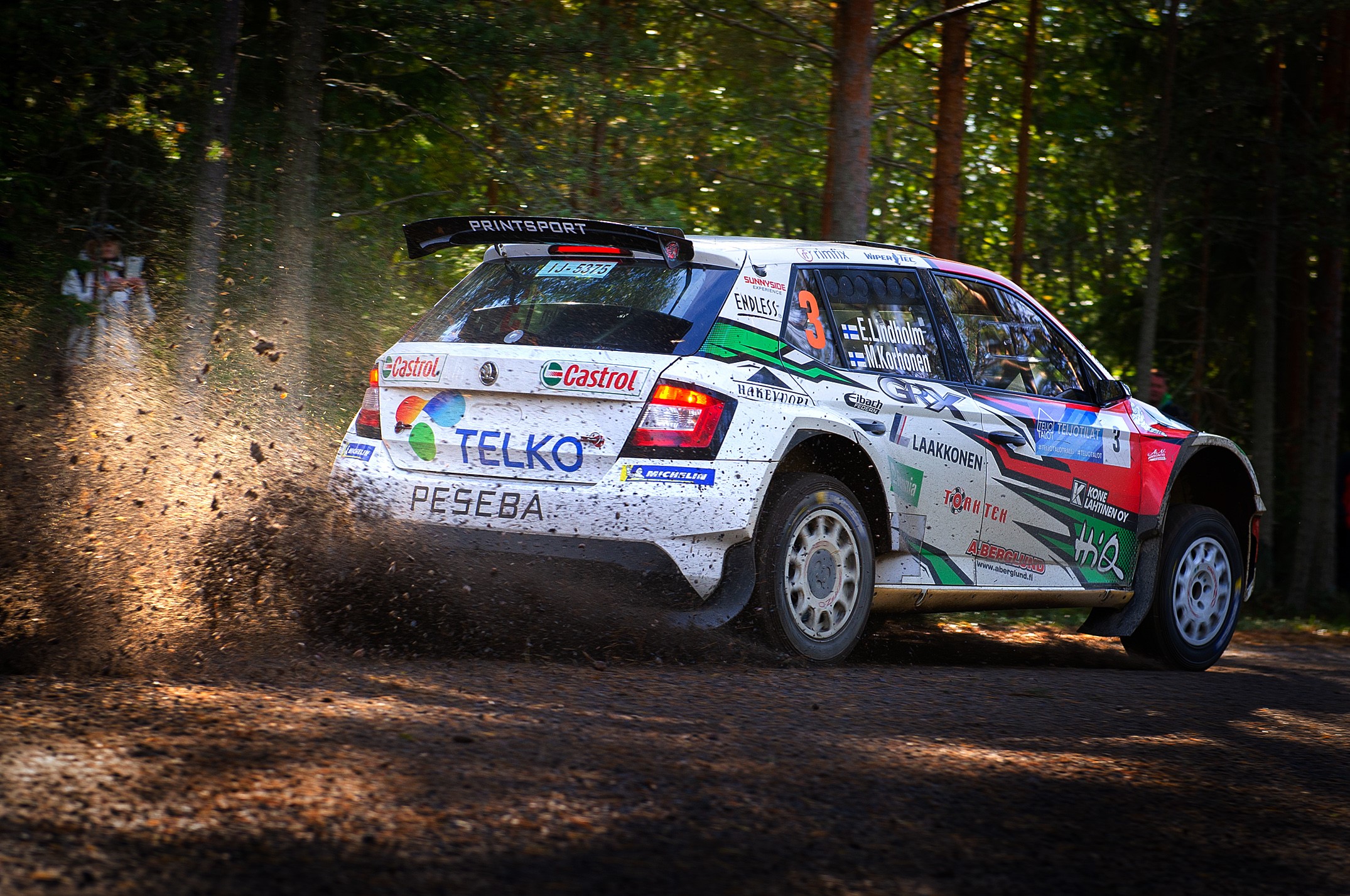 GRX-team Skoda driving Emil Lindholm and Mikael Korhonen secured Finnish Championship SM1-group’s silver medals after a good fight. Lindholm battled for the silver medal against Teemu Asunmaa and it came down to the last special stage for the final result.

Lindholm started from second place on SM TeijoTalot-rally’s final special stage and kept his 2,2 second difference placing behind Eerik Pietarinen, who already secured his championship in the last rally. If Lindholm would have been third after the final stage, Asunmaa who dropped to fifth place because of time penalty-points, would have been ahead of Lindholm by 1,5 points.

- Result was exactly what we were going for. For once I was patient enough to drive my own race. I didn’t try to over do it and avoided mistakes. I went through every special stage feeling it out because the weather was challenging. The temperature went below zero in the Saturday morning and I have never driven in cold weather with gravel tires.

- Good weekend and a good result for the season. No mistakes with my driving, Lindholm said happily. Lindholm believes that in the future three Finnish Championship silver medals are not enough for him. The goal is to drive for the championship.

- Little by little we need to start fighting for the gold medal. Silver medal is a cool thing but I’m so competitive that only number one positions are good enough for me. Next year new try.

Lindholm tells also that the driving for this season is probably done.

- Me and Mikael (Korhonen) are going to write pacenotes in the WRC Rally the Spain at the end of October but we don’t have anything else scheduled. There is a lot of work building up to next season. We are investing a lot into building a good driving schedule for the upcoming season 2019.

Team GRX’s Emil Lindholm and Mikael Korhonen achieved their goal on the last SM-rally of the season. The twosome rose to the SM1-class bronze medals..