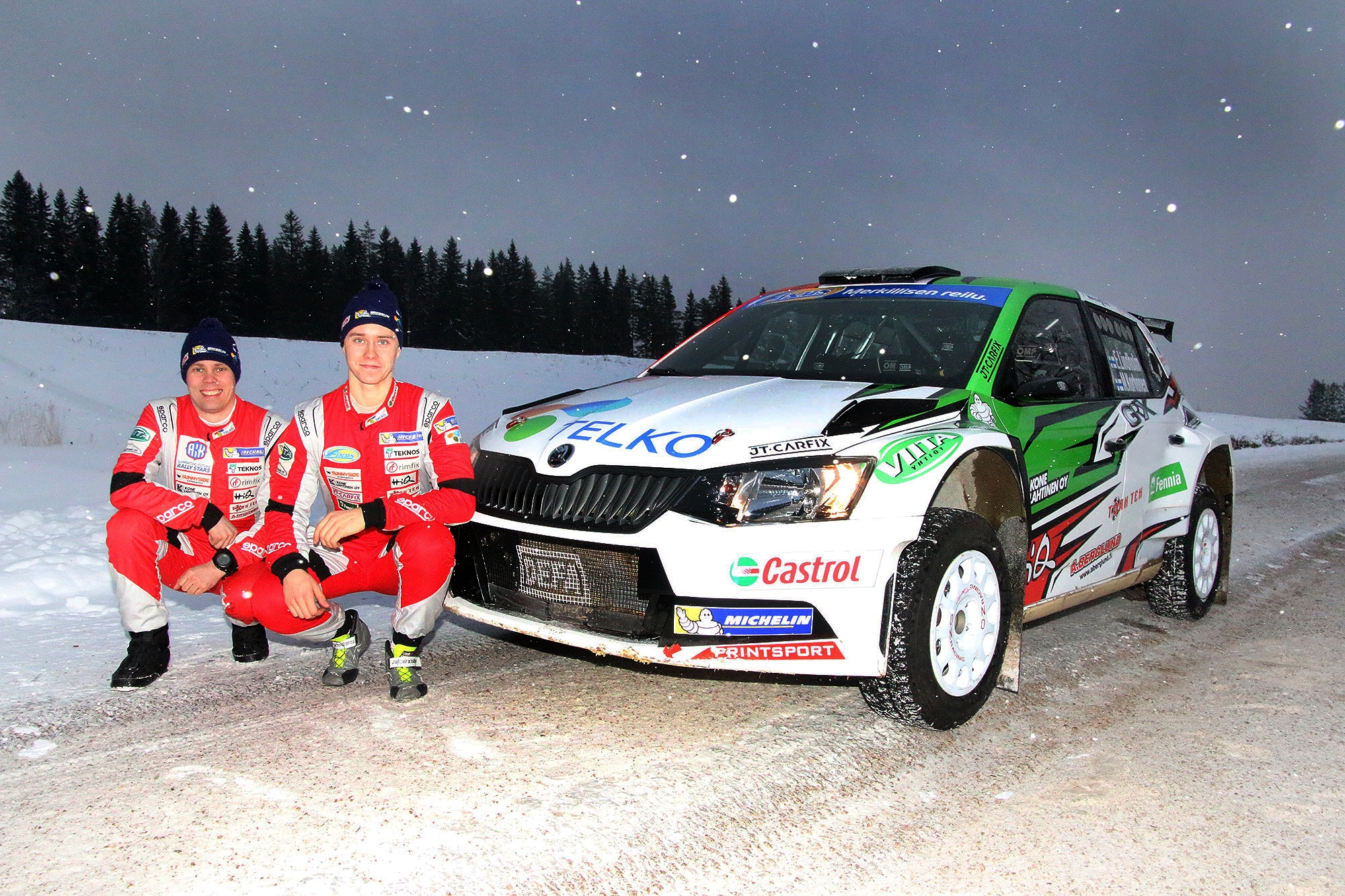 Emil´s career will take an interesting turn in the coming season when he changes teams. Emil will be part of rally legend Marcus Grönholm´s GRX -team and drive a four-wheel drive Skoda Fabia R5 with co-driver Mikael Korhonen.

The collaboration between Lindholm and Marcus Grönholm´s GRX -team goes by the name Try Out 2018. "Lindholm rents our equipment. He has had an ascending rally career so far so we want to check out his abilities regarding the future," Marcus Grönholm clarifies the background of the project.

"This is an amazing opportunity and I am grateful to Marcus and all my sponsors," comments Emil Lindholm. He also says that he is aware that the transition from a front-wheel drive to a four-wheel drive will take some time. After the first test drive he feels very positive about the car and the coming season.

Team GRX’s Emil Lindholm and Mikael Korhonen are defending their SM1 class win of the Arctic Lapland Rally, the opening competition of Finnish..